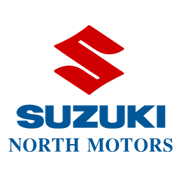 WagonR produced by Pak Suzuki has the same overall width and height as the Japanese mini car WagonR. Only its overall length has been stretched 205mm in the engine room to equip a 1.0L engine which suits the local usage.

Since the start of production and sales of the Fronte in 1982, Pak Suzuki has been producing and selling a number of automobiles. Suzuki’s share in Pakistan’s passenger car market accounts to 54%. By adding the WagonR to its lineup, Pak Suzuki will create new needs and expand the sales.

IT IS REALLY INTERESTING

Suzuki North Motors. The authorized franchise of Pak Suzuki, is associated with the dealing of zero-meter vehicles and used certified Suzuki cars. Here, employees are qualified vehicle technicians that provide humpy satisfactory after sale services to customers. Suzuki North motors also deals in a number of automotive parts which are manufactured components of PAK SUZUKI.